We really need to just wait before cutting down any more trees in the Walbran Region. It would be of lasting benefit and prudent to consider real long term legal protection of that forest. We should not be in a rush and do anything rash or hasty in this matter. Those trees take a VERY long time to grow back. Since a thousands of years old forest is at risk here of PERMANENTLY disappearing, being torn and bulldozed, divided, fragmented, rapped, plundered, ceasing to exist as it has been for millennia, perhaps the company and gov’t (ministry of forests et al) should calmly sit a while and realize the the people of this generation, future generations, all species reliant upon that forest’s continued integrity, REALLY want the entire remaining old growth forest of the entire region to continue to exist intact, unbroken, as paradise is meant to be.

How could we possibly, mechanically, surgically, violently, devastatingly do that to one of the last remaining stands of Old Growth forest, in this day and age, knowing what we know about ecology, about integrity, and what we all, deep down, sense about the interconnectedness of all things.

It absolutely barbaric, backwards, short sighted, irrational from an environmental perspective and from a long term economic perspective it does not make sense.

What actually happens when a tree falls? Nests fall too, squirrels run for cover, their babies are squashed before thier eyes, for them it’s a terrifying pandemonium and then an unfair death by human hands. Chainsaws whine and belch, cropper-buncher machines tear up everything in their path by the roots with no remorse, carefully plotting their grid of destruction, the way a sci-fi robot might dispassionately dismember a living being when programmed to by the forces of the dark side. Turbines screaming, predatory helicopters piloted by mother-fuckers make off with the corpses of ancient giants, and lay the once majestic creatures upon the road, trucks and boats whisk them off in the dead of night to stupid places like ummm…. Nanaimo(:P)or Japan or Florida, which, for those of you who have never been there is sort of like Nanaimo but with far more sandy beaches, bikini girls, palm trees and guns, to be turned into disposable chop-sticks for sushi joints in metropolises arround the globe, roof shingles for air conditioned bungalows and/or paper napkins for all night pancake houses up and down the east coast. As one of the forest guardians said to me a couple of weeks ago, “they wage a ruthless war on the forest, the company have figured out how to most efficiently remove masses of life from the planet in as short amount as time as possible in order to maximize profit for the corporation.” (para-phrasing)

Bears and cougar lose habitat, and they need a wide uninterrupted range in order to thrive. Creek beds which are habitat and life for myriad small creatures get bulldozed, ages old mosses, lichen, and mycelia are ripped to shreds and the delicately balanced sub-strata are turned to muck which runs off the steep slopes in heavy rains (it is a temperate rain forest and those are getting pretty rare) in the creek and out into the ocean, lost at sea. All for what? $$$ short term and then gone forever. When logging occurs, road are built. When roads are built people come, when people come the bears and the cougar are then seen as a nuisance and a danger to the people and pushed back in favour of nice tidy herb gardens, with lupins and hedgerows and such and there is just something inherently wrong about english gardens popping up all over the west coast, dammit, which is meant to be wilderness, according to God, Buddha, many anarchists and atheists also agree, for once, on this at least. I think even Cargo Cultists and corporate executives will agree with me when i say, that humans also bring invasive species, ARE an invasive species in fact in this case. see www.bcinvasives.ca/ for more info on that one. Humans are not listed there, but should be.

Please, can we leave parts of Vancouver Island, like the Walbran and surrounding Old Growth Forest wild? It’s not all about us, the humans, the other creatures need space, it is their birthright and who are we to take it from them like we “own” that. 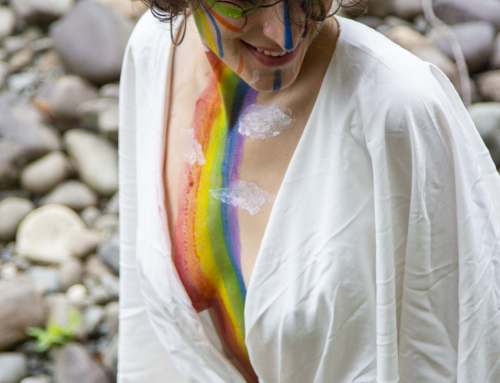 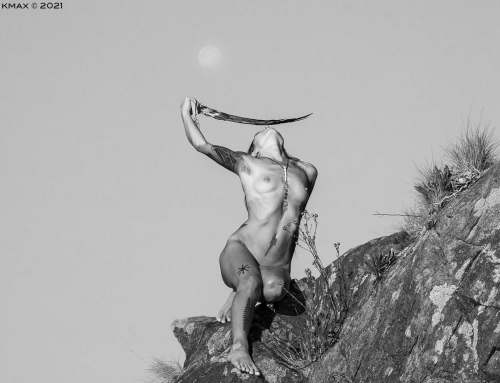 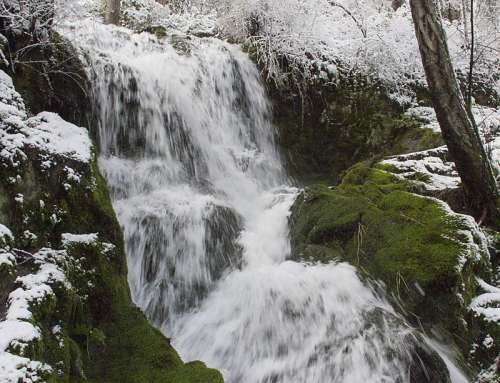 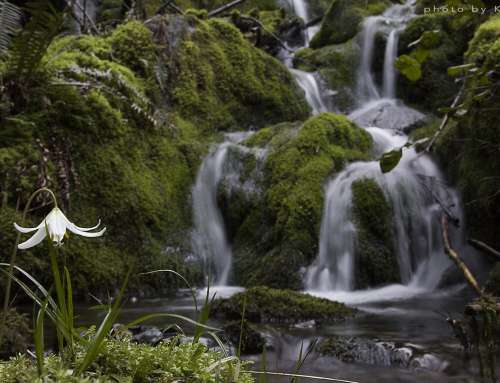 Hidden Waterfalls and a Lily Gallery

Hidden Waterfalls and a Lily 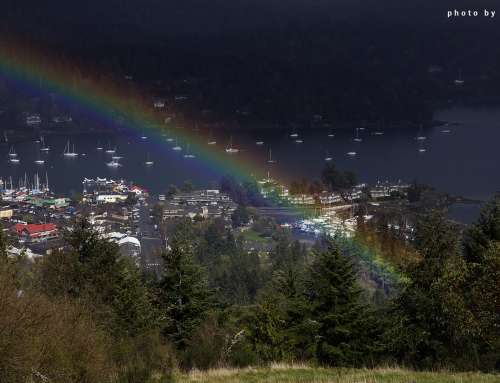